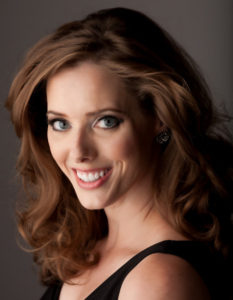 Hailed for her “delicate, mellifluous sound,” and “exquisite,” “radiant” tone, Meredith Ruduski is a soprano of unusual versatility and artistry. From Hildegarde to Sondheim, Meredith excels both as an onstage performer and recording artist. Meredith appears regularly with groups such as Santa Fe Desert Chorale, Grammy-nominated Seraphic Fire and Ars Lyrica, and Dallas’ very own Vox Humana.

Meredith is the Operations Coordinator at Texas Early Music Project, where she  co-produced and co-wrote their most recent opera pastiche, That’s Amore: An Early Valentine, and she looks forward to co-producing the next show in February 2016.  Meredith also writes, produces, and hosts TEMP’s “Music History Shorts,” an educational Youtube series for music history fans everywhere. Meredith received her Master’s Degree in Music at the University of Houston and her Bachelor’s Degree in Music at the University of Texas at Austin. More about Meredith and her concert/recording schedule may be found on her website: www.meredithruduski.com.