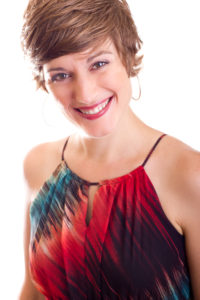 Known for her “rich character portrayals” and “versatile voice,” mezzo-soprano Megan Roth is equally at home in opera, oratorio, and art song.  Most recently, Megan appeared as the alto soloist in Gretchaninov’s Passion Week with the Bach Chorale Singers of Lafayette, Indiana, soloist in de Falla’s El amor brujo with the New Hampshire Music Festival, alto soloist in Mozart’s Vesperae Solennes de Confessore with the Pioneer Valley Symphony and Chorus, alto soloist in Handel’s Messiah with the Rhode Island Civic Chorale and Orchestra, and as Costanza in the rarely performed L’isola Disabitata by Haydn with the Boston Neo-Politan Chamber Orchestra.  Megan was also a 2014 finalist in The American Prize Competition, both in the Chicago Oratorio Award and Opera Division categories.

In the 2014-2015 season she will be performing with Skylark Vocal Ensemble in Atlanta, Georgia, as well as joining the rosters of Grammy-winning ensemble Conspirare out of Austin, Texas, the Cincinnati Vocal Arts Ensemble, and Yale Choral Artists.  She will also perform as alto soloist in the Bach B Minor Mass with the Bach Chorale Singers, as well as perform Handel’s Per te lascai la luce as a guest artist with the Contemporary Dance Department at Indiana University.  Megan is also the founder and artistic director of Calliope’s Call, a professional art song performance group based in Bloomington, IN.  For more information please visit www.meganroth.com and www.calliopescall.org.